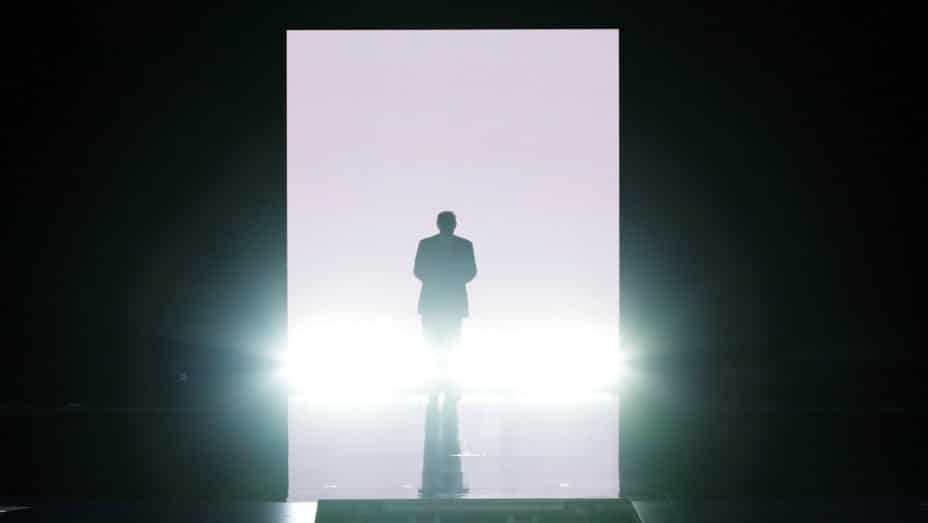 To be clear, we at “Christians for Donald Trump” do not feel that Christians are limited to only voting for other Christians. For example, in the last presidential election, we had a choice between Obama and Romney, neither of which is arguably a Christian. But we still voted.

So we don’t feel that Trump has to have “asked” for forgiveness, or even be a born again Christian in order to earn our vote. But for the philosophical sake of discussion, we take the position of defending Trump on this charge that some Christians bring. For a further analysis of whether Christians are obligated to vote only for Christians, see the article at Aren’t Christians Obligated to Only Vote For Other Christians? 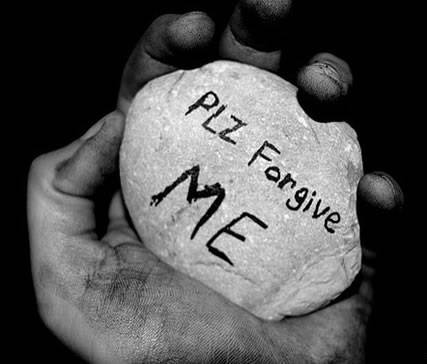 Now, as Christians, many of us have been taught that in order to be saved, we must ask the Lord Jesus Christ for forgiveness. Some even say it stronger, “You must get down on your hands and knees and beg for forgiveness!”  So, what does the Bible actually say? What we find in the Bible are many references to “confessing” our sins, or “repenting” of our sins, but no references that DEMAND that we ASK FOR FORGIVENESS.

That’s surprising for many Christians!  It was for me.

But when you think of it, isn’t that actually quite a human perspective? Don’t we in fact refuse to forgive someone unless they come groveling at our feet and beg for forgiveness in a way that we believe is sincere? Isn’t that a horrible thing to attribute that same fleshly human attribute to Jesus Christ, our savior? Would Christ demand that we ask or beg for forgiveness, or would he freely and lovingly offer forgiveness upon our confession?

If Donald Trump accepted Christ as a child (in the time-frame when his mother gave him his Bible), is he still saved? Or would Christ remove his salvation because he had several wives (think about Biblical men). Would Christ remove his salvation because he focused on business acquisition (think Solomon). Actually, is there any sin that Donald Trump could have done which is too big for the mercy of Jesus Christ?  Because if there is, then His death was in vain!

Some Christians just can’t get beyond the description of Donald Trump as the “Thrice-married casino magnate.”  So the first question to ask is why are we using the word “thrice” instead of saying he was married “3 times?”  The reason is because that is the intentional messaging of those that are trying to paint Donald Trump in the worst possible way. The word THRICE is a King James Old Testament style word, so it carries the additional subtle meaning of biblical sin and judgement.

But Jesus said that if you so much as lust in your mind, you have committed adultery. And it’s probably fair to say that most Christians are pretty much like dirty dishrags compared to the holiness of Christ. So there is this little exercise we are supposed to do before we start to judge someone for their sin. We are supposed to take the log out of our own eye before we try to take the splinter out of our brother’s.

So sure, it’s fair to say that Trump has sinned. But have you? And are you being tougher on Trump than you are on yourself. Do you really think that any of the candidates are without sin? Is it fair for us to dwell and dwell yet further on things that we feel have been sinful in Trump’s life? I honestly feel like a great sinner when I compare myself to Trump. Perhaps you feel lily white? 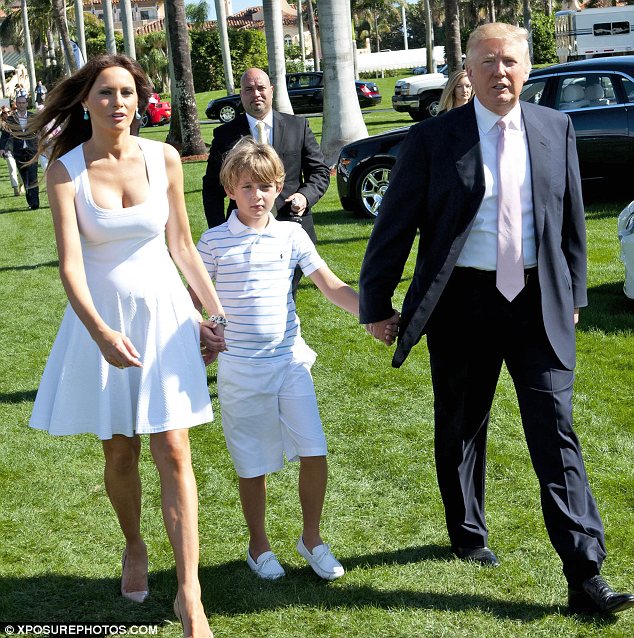 Finally, Trump is now 70 years old. I think his womanizing days are over. He is now married to the same woman for over a decade.  That puts him in the top 50% of married couples for marriage longevity. He no longer owns casinos, although several of them still bear his name. Let’s not be so quick to jump on the judgement train!

Some Christians are not aware that certain Christian denominations do not conceptualize salvation as a particular moment in time when one ASKS for forgiveness using a salvation prayer. When I researched this, I did a lengthy hermeneutic study on the topic of forgiveness, and found that there is no Biblical requirement that one must ASK to be forgiven.  But one must repent. Quite an eye-opener for me given my previous understanding on the topic!

In fact, some Christians are so dogmatically tied to their conceptions that they just can’t grasp this! It’s more than a semantic issue. At question here is the very basis for salvation. If we don’t teach our kids the right way, …wow!

Repentance is something we do.

Forgiveness is something He does.

Let’s not confuse the roles and assume that we must direct God in his actions!

I’m not saying that it would be wrong to ASK for forgiveness. But that does imply that Christ is incapable of forgiving your sins just upon your confession, and that Christ is incapable of acting to forgive you without your specific request and invitation that he do so. And that is actually not the way the Gospels reference Christ forgiving people during his 3-year ministry around the Sea of Galilee.

Donald Trump admitted that he sins, and said that when he identifies that, he goes forth and fixes that sin issue. That’s exactly what Jesus told the woman at the well. She confessed her adultery (actually He told her, and she admitted it), and then Jesus told her to ,”Go forth and sin no more.” 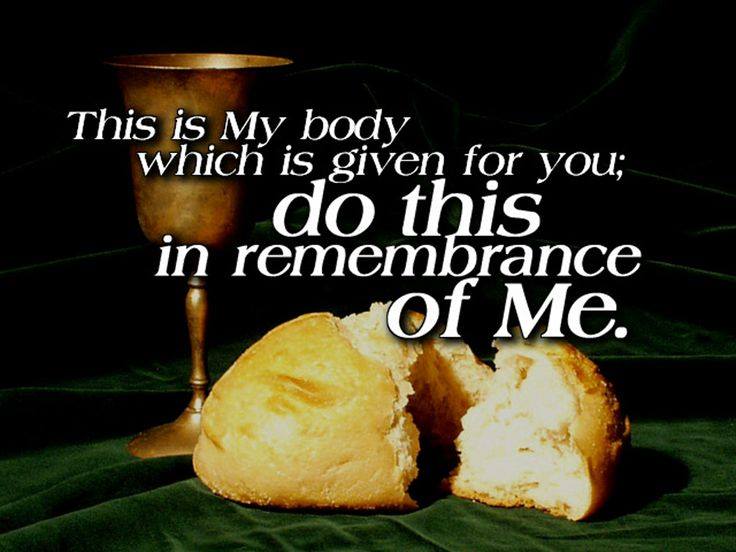 Donald Trump said that he feels cleansed when he takes the sacrament of Communion. Some people were turned off because he referred to it as taking the little wine and the little cracker.  But I don’t think that Jesus is hyper sensitive about how you say it. Doesn’t communion as a sacrament involve a personal repentance of sin as we come before God, and as we partake of the Body of Christ? Wouldn’t Christ want us to feel cleansed in remembrance of Him? 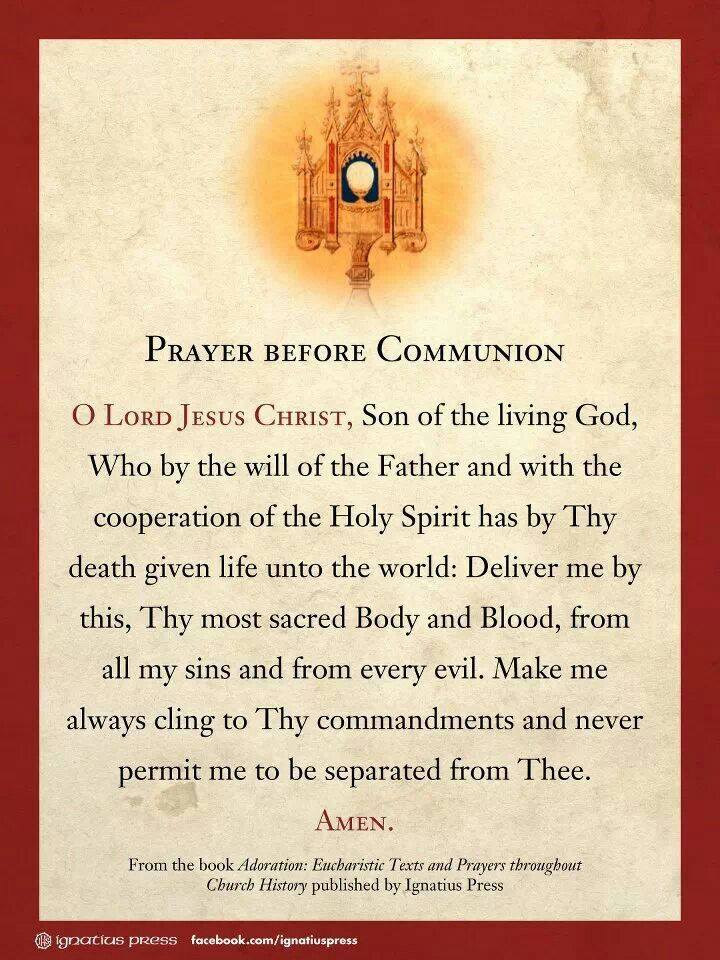 I’m not sure how your church handles the sacrament of Communion, but typically there is a prayer or a time of silent prayer when the Christian takes time to prepare to commune with Christ by confessing sin in his life. While the precise format varies from church to church depending on tradition, it typically involves certain confession or repentance. If a Christian is sincere in confessing his sins, Christ will be just to forgive them!
We owe Donald Trump an apology. On this page, we have written that Christians should not have a litmus test to only vote for Christians for public office. But that statement insinuates that Donald Trump is actually not a Christian. In fact, if he accepted Christ, he is a Christian. In that same TV interview, Trump openly confessed that he sins. That’s what Christ wants from us – confession. And if Donald hasn’t asked for forgiveness, that doesn’t mean Christ didn’t freely offer it. And if as a Christian man, he sins and falls short of the glory of God, then that means he is just like us. There was only one perfect man that ever walked on this Earth! None of our pure thoughts or good works will earn us salvation. God’s loving mercy and grace is what saves.

No longer should we insinuate whether Trump is saved or not. He says he is a Christian. We should accept him for what he says, even if he may not be the most theologically informed Christian, and even if he doesn’t verbalize his walk with Christ in the precise language to tickle our Christian sensitivities, and even if he has had worldly focus over the course of his life. As with all our Christian brothers that we care about, we should pray for his walk. We should pray for his wisdom in this time and place for which God has positioned and prepared him.

He says he will defend persecuted Christians. That may be most needed in the time ahead!